Alexey Titarenko is a Russian photographer whose work documents time, change and political factors. Titarenko is also known for being one of the first to introduce long exposure into street photography.

Titarenko’s photographs often display moving masses of people and crowds, the majority of the time completely unaware that they are being photographed. 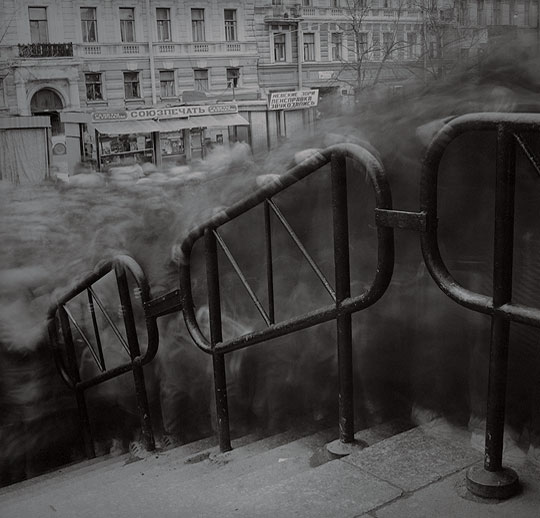 Reflecting on his own work, Titarenko said in an interview about his series ‘City of Shadows’; “The Soviet people, human beings deprived of their individuality by a criminal regime, began transforming from smiling and happy-looking ‘signs’ into wandering shadows.” which is really reflected in his photographs, as often the subjects he took photos of ended up looking like ghost-like figures without identity.

Titarenko’s work is said to represent the history of Russia, it’s political movements and it’s people. 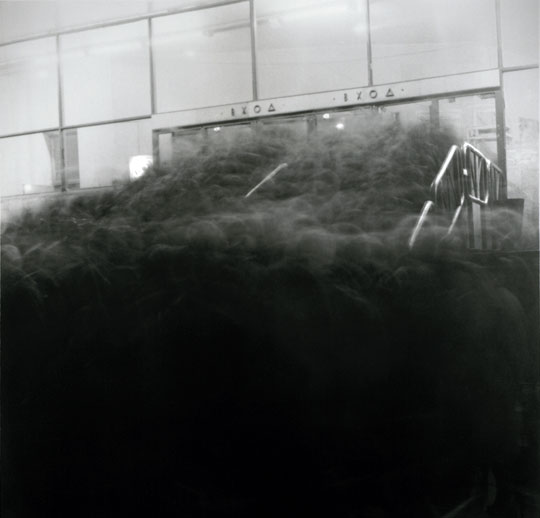 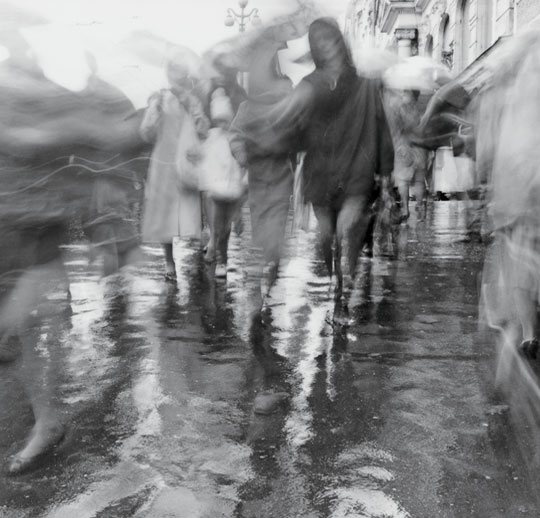 I love the physical aspects of Titarenko’s photographs. The first photo of his in this post is my favourite of all his images; to me it looks like a scene from a horror film where some sort of spirt/ghost-like creatures souls are being dragged into a building. Because of this; I think his work is good inspiration for my Camera Techniques assignment because it also corresponds with the FOTD assignment. Titarenko’s use of slow shutter speed in his work is definitely something I will consider for my FOTD final images.

I particularly admire the focus of the image, especially how sharp Titarenko has managed to capture the railings despite the amount of hands being slid along the top. 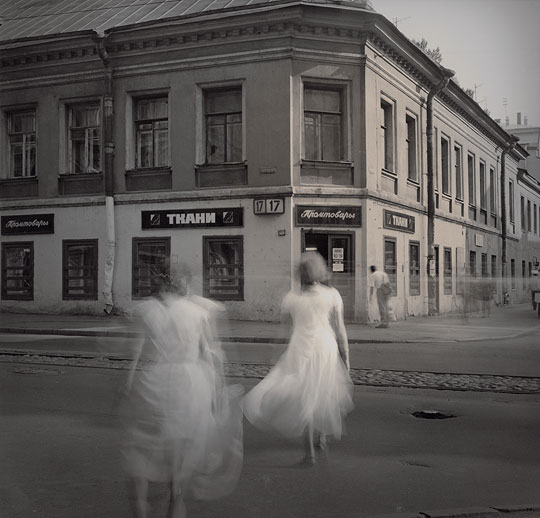 Although I like Titarenko’s work, I slightly dislike the actual concept and purpose of his photographs. I like what his images physically show, but I don’t think that everyone being seen as a ‘shadow’ can be called a political representation because it doesn’t show the difference between the people involved with Russian politics and the people who are affected by it.